Once Polaroid,Then Fuji, and Now The Impossible Project 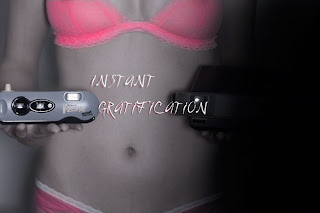 have been reborn, after the death of their mother company, Polaroid, a creation of Edwin H. Land in 1948, by a few other companies. Wanting to preserve the convenience, fun, and creative outlet that these photographs produced is a no-brainer because a Polaroid image has had an extensive, festive history. Providing artists, photographers, and shutterbugs with instant gratification its presences has graced the globe. In 2001 Polaroid went bankrupt and within 7 years sold off their equipment and formulas. One of them was the formula for instant film which was left it in the hands of another company: The Impossible Project. 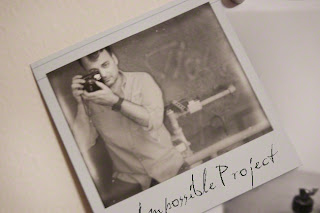 "In this digital age though Polaroids may seem archaic they always put a smile on my face." Professional photographers like David Honl still have fun using instant cameras. His instant camera of choice is a Fuji Instax because they too cherished the pleasure of Land's invention and honored it by trying to keep it alive. Other well-known photographers like Richard Avedon, Lucas Samaras, and Robert Mapplethorpe have used this form to push boundaries, entertain, and create art. Even people with other various professions have found Polaroids indispensable. Look at wardrobe stylists and casting directors.... I guess you could say that Polaroids were good at multi tasking. 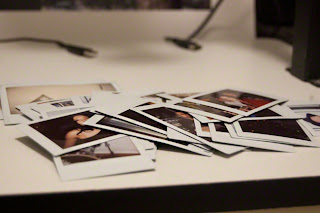 Founded in 2008 by previous Polaroid employees, The Impossible Project bought this technology because they too believed in it as a form of self-expression. One that should not be so easily disposed of; especially during difficult times. This process is not without its flaws, however. For one, the film costs more than $3 per image (for Spectra). Two, the quality doesn't seem to be the same. But life is full of changes. Despite these roadblocks, The Impossible Project has aided in the fight to recapture the pleasure that Land's Polaroid gave the world. The I. P. and Fuji have made the world a happy place again especially if you have the money to spend on film.
Posted by Pop Culture Taxi and Maxwell at 2:08 AM