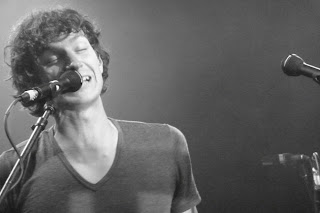 GOTYE
Often an album sounds better than when you see the band play live. Last night, at the El Rey Theatre in Los Angeles, Wouter De Backer, better know as Gotye, walked out on stage and proved to the many fans anxiously awaiting the show that he had amazing musical prowess. His enthusiasm and skills translated relentlessly and his appreciation for odd instruments schooled an ignorant ear. Despite an absent Kimbra, he implored the audience's help. Without hesitation, they gladly complied: nearly every woman in that theatre sang along to "Someone That I Used To Know" (and quite a few men, too). It was amazing. 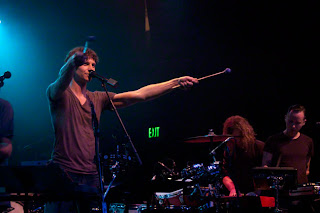 Kimbra was missed, but Gotye's ability to engage the audience took the sting out of her absence.
The men who joined him on stage seemed to be having fun, strangely, there was a strong air of camaraderie between them; at least that was the feeling I got. In watching closely you could see them silently communicating amongst themselves-- sometimes with intense eyes, but many times with smiles. It's easy to see why this band is becoming so popular. It transcends expectations. 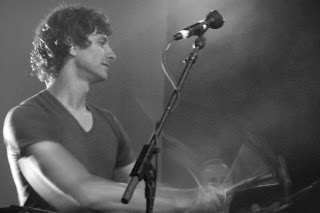 If you have ever read the book, The Outliers, then you'll understand. It's the "10,000 Hours" rule at play. I wouldn't be surprised if Gotye has well-exceeded that estimation (then again he could just be a protégé.)
They left L.A. as quickly as they had came but  when they return, expect to see them in a larger venue. Don't procrastinate when it comes to buys your tickets --This show was SOLD OUT!
I just had one regret, that I didn't get the chance to ask Gotye about his drums.
He is one of a few musicians who has seen success as both a drummer and a front man.
Ask any drummer: doing both can get a bit challenging (or maybe it was just that way for me.) Being the lead singer and keeping a beat (a good one at that) is... let's just say it's not easy. He makes it look like a walk in the park.

Which brings me to their visuals; I would describe simply as fun and playful. You might even call them silly and casually kid-like. 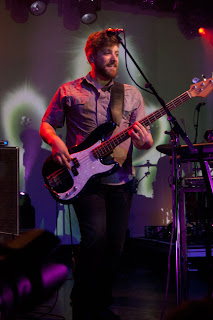 I mean that in a good way. I have a thing for people who can be playful and these guys did a nice job at that.
The last two things I'm going to say about this show: Backer has amazing teeth and that the best song of the night, in my opinion was "Hearts a Mess." Then again, maybe that's because I admire a good set of teeth
--- and that song happened to suit my mood that night.
GO SEE THEM FOR YOURSELF!!! 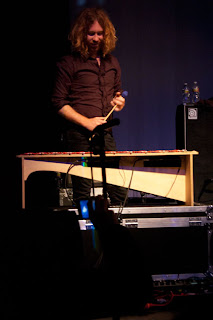 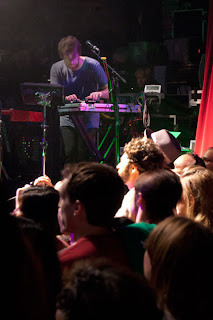 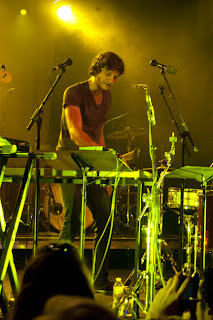 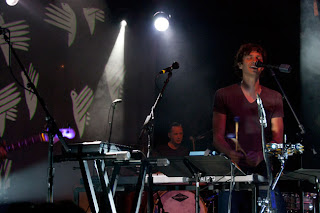 Posted by Pop Culture Taxi and Maxwell at 1:31 PM