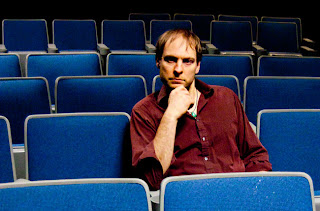 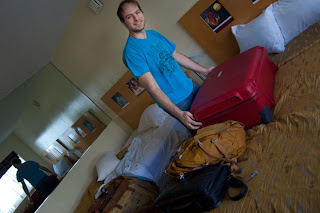 He applies a strong abstract perspective when creating music, which includes his entire body. If you've never been into jazz, you may not understand all the possible ways that a drummer can use his body parts to play. After seeing Hoenig utilize his elbows and forearms, the possibilities are endless, and it wouldn't be surprising if he used his chin or feet. Even his facial expressions - which he's not aware - compliment his skill. And to top it off, the guy doesn't even drink coffee or Red Bull or do drugs to give himself the kind of energy displayed when he preforms, which he claims to be out-of-body at that moment. Take note artists; that's when you know it's good. 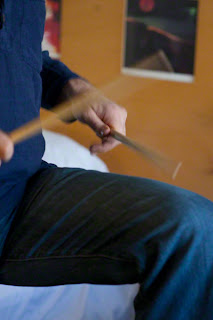 Five things, other than laundry, that Ari does not have time for:
1. Prying when the statement "I don't want to talk about it
anymore" has been thrown out there.
2. People who want praise for things that they haven't
put the work into first. (final product bites)
3. Aspects of the music business
4. Doing anything in a less practical type of manner
5. Talking about the gear he uses

When asked about whom he would like to play with, living or dead, Hoenig replies without hesitation, "Keith Jarrett."

Posted by Pop Culture Taxi and Maxwell at 6:12 PM