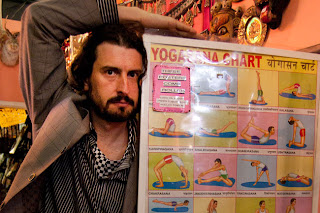 ROB REGER
performs the most important part of his routine; stretching his creative boundaries. Based on his latest show at La Luz de Jesus he is doing just that.
Here are just a few things you may not know about the Emily Strange creator.
1. His middle name is Eugenius
2. He dated Gwen Stefani (hey is she as cute in person as she is in her photos)
3. He listens to Neil Diamond as much as he listens to Diamond David Lee Roth
4. He has double jointed thumbs
5. He is a compulsive liar 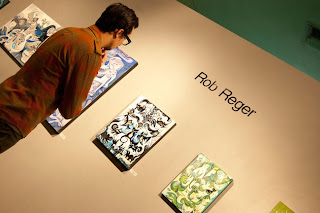 Outside of his work he frequently plants and tends to idea growth much like the effort he puts forward in his garden. Coffee is his breakfast and Winston Smith, various books, museums, buss parker, and Tim Biskup all played a part as his mentor towards his goals. Thats a lot of inspiration!!
His parents supported the idea of him becoming an artist and he seemed to have a knack for it.
He always felt better after a "good session of art," which happened to be "the only subject in school he whole heartedly enjoyed." And he chose cats because of their eyes. 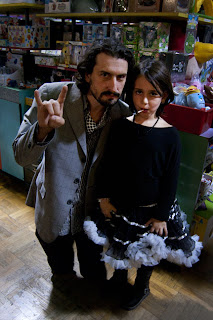 What does Rob say to young kids about art school, "I'm a big believer in whatever gets you through the night. If that is what it takes to get your motor started its well worth it. If you have the discipline to do it on your own even better!"
Posted by Pop Culture Taxi and Maxwell at 1:38 AM